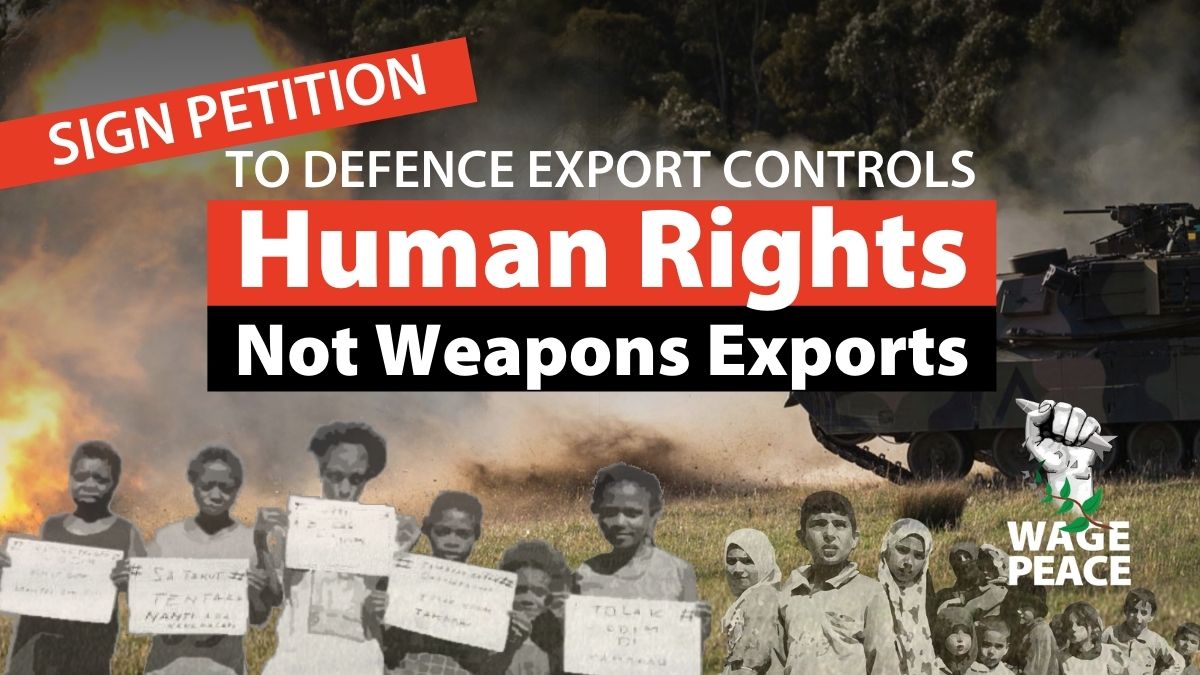 The last two Land Forces weapons exhibitions in Brisbane have brought Defence Department delegations together with arms dealers to organise the buying and selling of weapons from private companies to military and police forces. This trade in weapons causes immense suffering, has a massive ‘carbon boot-print’, advances resource extraction and indigenous dispossession and impacts all civil society movements for justice and peace.

We are calling on the Defence Export Controls - Australia’s military export regulator – to join us in promoting human rights, not weapons sales.

To the Minister for Foreign Affairs Penny Wong, and Defence Export Controls

As Australians who believe in upholding human rights, we are calling on you to cease weapons exports to known human rights violators and uphold our commitment to the Arms Trade Treaty.

The DEC has failed to meet all three of these objectives, by issuing export licenses to countries where systemic, grievous human rights abuses by the armed forces occur.

This petition calls on the DEC to cancel existing export permits and abstain from issuing further permits to the following nations:

Weapons exports cannot ‘minimise regional and international instability and conflict’. Economic and social equity are the ingredients for peace, not militarisation.

We ask that Australia ‘upholds its international obligations’ not through ‘the responsible export’ of weapons, but through honouring the human rights covenants we have signed.

Our petition is aimed precisely at ‘preventing the illicit and irresponsible trade in conventional weapons and proliferation of weapons of mass destruction.’

The people of the above nations deserve food, housing and climate security, freedom from persecution, freedom of expression, movement and assembly, and above all the right to live without the threat of weapons and war.

Stop weapons exports. And stop the export of weapons components.

WAGE PEACE provides strategic messaging and digital campaign support for campaigns and groups disturbing war and militarism in Australia. We 'organise' and 'mobilise' to #EndWarCulture